Giving Tuesday - How to know a charity is legitimate

By: Good Nelly
on 21st Nov,2017
Do you want to donate to a charity on this Giving Tuesday? Before doing so, go through the ways to be sure that you’re donating to a legitimate charity. 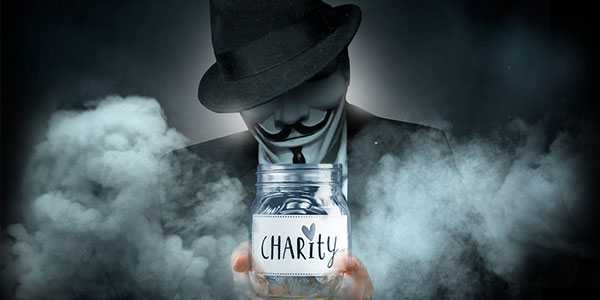 But, while donating to a charity, have you ever thought whether or not the charity is a legitimate one?

When you gift to a qualified charitable organization, you may be eligible to get a deduction against your income tax the year in which you’ve paid the amount.

Therefore, while gifting, make sure the charity is legitimate.

How will you know it?

Here’s how you can be sure that you’re donating to a legitimate charity.

1 Beware of charities accepting only cash

When a charity accepts only cash, it may be a scam. FTC suggests that all donations should be made via credit card or check. Also, make the payment to the charity and not to any person’s name.

2 If the name mimics a reputed charity, it’s suspicious

3 You don’t get any satisfactory answer

When you ask how your money will be used, they don’t give any satisfactory answer; so, no need to donate there.

When you contact a charity, ask how they use the money or how they’re thinking to use your money. If you get a satisfactory answer, then it can be a green signal for you if it satisfies other criteria.

If you’re not satisfied with the answer, it’s wise to look for any other charity.

4 Investigate if a charity says they donate 100%

Investigate if the charity tells you that they give 100% of your amount.

Think logically! A charity has to bear some administrative costs as well. So, if such an organization claims that 100% of what you donate goes straight for charitable purposes, then you should research about the company a bit.

5 Ask questions to verify its authenticity

The best way to know whether or not a charity is reliable and legitimate, you should ask questions. They’ll tell you what portion of the donated amount goes toward paying rent along with other operational expenses.

Make sure you ask for a 990 tax form. If a charity hesitates to provide this document, it’s better not to donate there.

6 Be suspicious about charities that pop up suddenly

It is better not to give to a charity that has popped up suddenly, especially after a natural disaster or because of any current event. The reason being that most of the times, your donated amount doesn't reach the affected area due to lack of infrastructure.

Also, if a group claims that they’re helping your community, then verify from the local agency whether or not they’ve heard about it.

7 Ask for details and research

First of all, ask for details - Its name, telephone number, and address. Next, research it online.

According to Sandra Miniutti of Charity Navigator, a nonprofit organization, donors often choose a charity based on the name, but that may not be its mission.

So, before donating, visit the charity’s website and check out its mission. You can also volunteer to learn about its programs so that you can donate to a cause you want to.

Search with words “scam” or “complaint” with the name of the organization to know whether or not it’s reputed.

Also, call the charity to be sure that the phone number is valid.

8 Do not give account details along with personal information

Do not give your credit card or bank account number along with personal information.

First, research about the charity and be sure that it’s a reliable one. Then only give out your bank account number, check card number, credit card number or any other personal information.

Here is a list of 12 legitimate charities where you can donate on Giving Tuesday: