5 Types of debt to scrap before you retire

By: Good Nelly
on 31st May,2016
Seven years back, retirement was far more than a distant possibility in the horizon of Eric Van Der Loo's career. 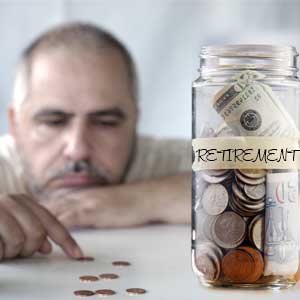 Seven years back, retirement was far more than a distant possibility in the horizon of Eric Van Der Loo's career.

Hard-hit by the double dip recession and economic collapse just like millions of other citizens, he was upto knee-deep in debt. While many of his friends and colleagues declared bankrupting finding no hope and way to escape, Eric fought back. He started paying his bills to his creditors through a negotiated plan - and to everybody's utter astonishment, Eric purchased a condo last month with the cash he managed to save during those past years.

Eric could easily go for a mortgage due to his elevated credit rating and grab a large house, however, he chose to stick to a much smaller condominium so that he could accelerate his saving for retirement, which is just a decade away. Today Eric is completely debt-free and enjoying an low-end and sustainable lifestyle.

The feeling is full of awe! According to many financial advisors and researchers, debt puts a permanent stop to many Americans' retirement plans. Nowadays, a majority of baby-boomers are entering retirement with huge mortgage debt just like their parents. At the same time, these boomers are also accruing consumer, student and other kinds of debt, thus diminishing their capability to retire on their terms, or to retire at all.

As per experienced financial planners, there are five types of debt that are extremely insidious. Check out what are they and the ways to obliterate them.

Nevertheless, this doesn't only drag down your credit score, but also eat away the emergency fund that you have kept after years of savings. Though the decision might seem a bit painful, never cosign a loan. And if you have already did one, try to buy out the loan. Alternatively, try to make the repayment path easier by paying down a majority of the amount and suggest the primary debtor to refinance the remaining balance, in order to pay it off effortlessly.

If you have an emergency fund, this is the perfect time to make use of it. Knock off all credit card, car loans and other unsecured debts with the amount.

Before you retire, try living for a couple of months on your expected retirement income. If you are not sure what it will be, live on half of your current income. This way you would get habituated to the after-retirement frugal lifestyle and moreover, add up some savings.

Personal Finance
0
No votes yet