By: Sanders Patricia
on 28th Sep,2015
Getting married is really exciting. You have already planned your honeymoon destination, the wedding party, menu and the dresses. 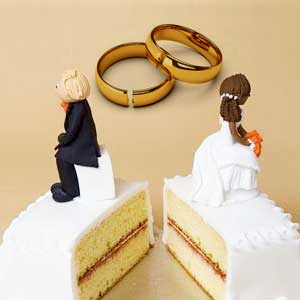 Getting married is really exciting. You have already planned your honeymoon destination, the wedding party, menu and the dresses. But have you started thinking about your joint account yet? Yes? No? This is the most important thing that the newly married couples often ignore. Money can never be a romantic subject for a couple. Still it requires your serious consideration just like in a relationship. So the sooner you start communicating with your partner, the better you understand your spouse's financial outlook. Thus, you keep your married life more healthy. This article will be a guide for all newlyweds to avoid general money mistakes.

Starting to expend on impulse as a family

You should avoid making expenses on impulse. You will have to understand that earning money is becoming tougher day by day. So, you will have to be extremely wise in order to decide which are the things you should expend on. Discuss such things before hitting the shop. If your spouse loves frequent dining out or shopping then it is you who can make him/her understand the importance of saving money. Once you start a family, you should become more responsible toward money to secure your future.

Not knowing the laws

The laws on property and debt with regards to marriage varies from state to state. There are some states that do not consider that property or debt is to be divided equally between the spouses. Yet, there are some states that believe otherwise and thus in such states, according to the law, both the spouses are held responsible for the debt incurred by the other. Thus it is important to be aware of the laws and the debts incurred by each other.

The most vital mistake that you should avoid after marriage is waiting for the last minute to talk about taxes. You should understand the fact that after marriage that tax amount may have doubled. So, it is very important to talk with your spouse regarding the taxes. Find out the ways where you can minimize the amount. So, before paying to Uncle Sam you need to make a plan about tax filing.

Not preparing a budget

Another great mistake that you should avoid at any cost is not preparing a budget. Budgeting helps you lowering the expenditures as much as possible. With budgeting, you will easily be able to keep a track of your income and expenses. Prepare the budget when both of you are free. Give ample time to think about the earning and expenses and only then prepare the budget.

Not making the regular bill payments

Another mistake that you should avoid is not making the regular bill payments. This is simply going to result in increased number and amount of debts, thereby creating additional problems in your marriage.

There are so many things you need to think together after marriage. If you don't want to understand your spouse's financial tendencies you may get into financial stress just within months of your marriage. This is not only going to wreck both of your credit but can also have a negative effect on your nuptial arrangement.

Check out: In what ways do financially confident people manage money?

Personal Finance
0
No votes yet