Tax deductions 2014: List of most-ignored tax breaks you should use

By: Phil Bradford
on 9th Mar,2015
This is because they mostly overlooked one or money ways to reduce their annual tax bills. 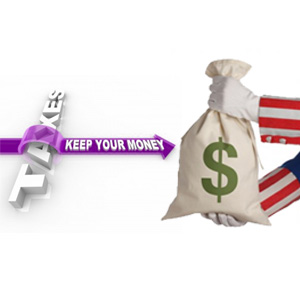 To save money, you may take advantage of the tax breaks (read: deductions and credit) as granted by Uncle Sam. Unfortunately, most taxpayers have been religiously paying the Internal Revenue Service (IRS) more than what they should. This is because they mostly overlooked one or money ways to reduce their annual tax bills.

So, to help you break-free from such a stereotype, a list of most-ignored tax deductions have been prepared.

Tax deductions you are unaware of

Following tax deductions if used properly will save you hundreds and even thousands of dollars on taxes:

A) State sales taxes - You must have come across news where this kind of tax break is considered as dead. The truth is, it happens, though regularly, but then the U.S Congress reinstated them back into the Tax Code. In case of a 2014 return, it is in reality, dead. Basically, it will hold water for you, if you reside in a state where there is no state income tax being levied on its citizen.

From the Congress' viewpoint, you as an itemizer are allowed either to deduct state sales tax or state income tax. Its for you to choose the most lucrative deduction from amongst the two. Hence, if you're not paying any income tax, then writing-off the sales tax would be the only alternative left for you. Often, income tax filers who are to pay state income taxes may opt for the sales tax. To regulate this, the IRS has created tables for the residents of different states to follow and take advantage of the tax deductions properly.

You too can deduct taxes based on your income, state of residence and local tax rates. Still, there are more than just the tables that you'll have to keep in mind. Suppose, you've purchased ultra expensive items like a yacht, a vehicle or an airplane, then you may have to include the appropriate sales tax on the amount paid to buy them as per the IRS table applicable in your state.

B) Employment-related expenses - There are millions of people who were reported to have been looking for a job in 2013. If you've been one amongst them, then hopefully you've kept all those job search costs well-documented, or if not, then you can very well create one, now.

If your penchant lies in getting employed in the same chosen profession, then you are allowed to deduct all those job-hunting expenses under the miscellaneous expense category, provided you itemize that in your tax return. You are permitted to write-off any amount of qualified expenses, even though you aren't even employed.

However, costs like these can only be deducted to a maximum limit of 2 percent to that of your adjusted gross income under the miscellaneous class. It must be kept in mind that all job-hunting costs incurred in order to land your first job ever won't be considered in this regard. Here are some of the factors based on which your job-hunting expenses will qualify for the tax deductions:

C) Charitable donations - Its practically impossible to ignore those big charitable donations/gifts given by you through the year either by check or through payroll deduction. For this to confirm, you can check your December pay stub. However, every minute detail holds quite a lot of importance, particularly when filing your annual tax return.

This allows you to deduct the expenditures made by you for charitable purposes. Take for example, you've spent on ingredients for casseroles to pack in soups made by you to be sent to a non-profit organization or to buy stamps so as to raise funds as part of a school's charitable contributions. When you've incurred costs like these, then it is best to keep all the receipts.

At the end of it, if your overall contribution adds up to above $250, then you might have to obtain a letter of acknowledgement from the concerned organization that can be used as a charity document when applying for different tax breaks. Hence, if you've drove to the charitable organization in your own car, then you may have 14 cents deducted for every mile travelled from your overall taxes, including parking as well as tolls paid during that same philanthropic journey.

D) Energy-efficient home renovations - By the look of it, 2013 was considered to be the year in which real tax credits worth at least 10% of all the qualified energy-saving costs were scrapped, for things like fresh windows and insulations. In fact, it expired way back in 2011, but was fortunately reinstated in the subsequent years that followed.

So, if you've made home improvements that qualify under the set criteria and also if you've used less than the $500 permitted credit, then you can very well encash them this year as well. Apart from that, there is another credit that are being provided to homeowners who've turned their properties into energy-efficient ones. The best part here in this case is that the IRS hasn't mentioned any dollar limit for the same.

These tax breaks you may enjoy, but then you'll have to install qualified residential alternative equipments like geothermal heat pumps, solar hot water heaters and wind turbines. For this, you'll receive a credit of 30 percent of all the costs incurred for the home renovation with labor costs added to the total expense till 2016.

Lastly, if you're into gambling in 2013 with poor or no return on investments at all, then you have a reason to smile and that is the IRS would accept your application to deduct losses you've suffered as a result of it, in case you want them to be itemized for tax deduction purposes. However, there's catch and it goes like this: you'll have to report the winnings which shouldn't be more than your losses, as taxable income.