Should you judge other people’s money habits? Will it do any good? 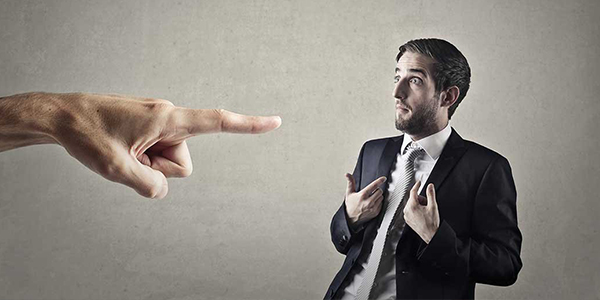 Do you judge others’ money habits? Yes?

Unknowingly, judging other people’s money habits can affect your own. Yes, it’s true.

According to Carl Richards, a personal finance expert, when you make assumptions about other people’s financial habits, like how they earn, save or spend, it can affect your monetary decisions, negatively.

There are some other reasons, too.

Why you shouldn’t judge other people’s money habits

1 You start using it as frame of reference

When we judge others’ financial habits, we start using it as a frame of reference for our own decisions about saving and spending.

According to Mr. Duesenberry, an economist and consumer researcher, people tend to save less “because the higher spending of others kindles aspirations they find difficult to meet.” He also argued that “the high standard enjoyed by a formerly prosperous family … constitutes a frame of reference that makes cutbacks difficult.” Mr. Duesenberry named it as “relative income hypothesis”.

We often think that the other person earns about the same and we start making our spending decisions based on that.

However, unless we view the other person’s tax returns, how will we know how much he/she actually earns?

So, it may happen that we are making our financial decisions based entirely on assumption.

2 You become a hypocrite to judge others

It is a common nature that when you judge another person’s money habits, you think he/she shouldn’t have spent a particular amount on something, and you think it’s a waste. But, it might not be true.

For example, suppose you think that spending $500 on traveling is worth it instead of wasting it on shopping. But, one of your friends may feel it’s worth it to spend $300 on shopping since he/she feels happy instead of using it for traveling.

The mistake is we tend to assign our values to other people we know. We try to rationalize why our decisions are correct and others’ are wrong.

Always remember that each of us have our preferences, which will differ from another person.

Even if you know a person well, is it possible to know about each and every aspect of his/her life?
It isn’t.

You won’t know whether the person has faced some financial difficulties in his/her life, at any point, which has affected his/her financial situation today.

So, it’s true that every decision a person makes is not rational, but at the same time, you should also know that there are some reasons behind those decisions; might be, the decisions were right at that point of time.

4 Your monetary views may be different from the other person

Each and every person has different experiences, goals and aspirations. What you think is right, the other person may consider it wrong.

For example, for you, buying a dream home may be one of your financial goals; you want to save money for it. However, for your friend, traveling is more important and so, he/she wants to have enough so that he/she can travel to different places.

So, the idea of saving maybe different for different people.

When you can judge other people’s financial habits

Now, if I tell you judging other people’s financial habits is good, what will be your reaction?
Yes, sometimes it’s helpful.

For example, if a close friend of yours asks you to co-sign on a loan, you should judge that person’s financial habit to decide whether or not it’ll be wise to become a co-signer.

If that person has the habit of not clearing the dues, then you’d have to make those payments. Definitely, you won’t become a co-signer just because he/she is your friend, knowing fully well that you may land up into financial trouble.

Your feelings for them will not diminish if you don’t agree to do co-sign on the loan.

The word ‘Personal Finance’ itself speaks about its essence - the term ‘Personal’.

So, we shouldn’t judge other people’s money habits, and feel better. Instead, we should try to manage our finances in a way to meet our goals and build a secure financial future.

Read more: Be financially strong - Good money habits to get out of debt
Personal Finance
0
No votes yet