By: Barbara Delinsky
on 9th Mar,2017
Under Trump administration, your tax return in 2018 may get affected. Check out whether or not you need to pay more tax or can expect less on your tax return of 2018. 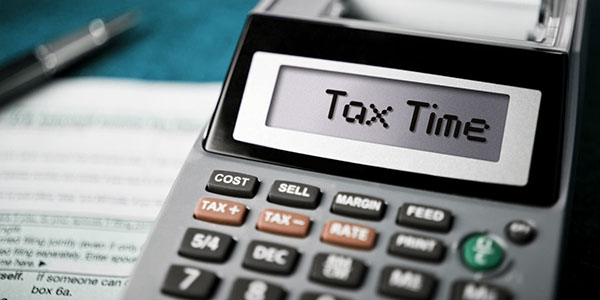 It is expected that many changes can take place under Trump administration, of which income tax is a prominent one. You can see certain changes when you file your tax return in 2018 for the tax year 2017. The knowledge will help you to be prepared for the tax you’d have to pay and the return you can get back.

You can expect the following things when you file your tax return in 2018.

1 Reduction in the tax bracket

2 Increase in the standard deduction

According to Timothy Speiss, the chairman of personal wealth advisors at accounting firm EisnerAmper, "For many middle-income taxpayers, the new standard deduction [under Trump's proposal] may exceed their itemized deductions, thus allowing a higher deduction."

Moreover, for married couples, the itemized deductions will be capped at $200,000.

4 Change in the exemption amounts of AMT

In the 2016 tax year, there will be a change in the AMT (Alternative Minimum Tax) exemption amounts:

According to the PATH (Protecting Americans from Tax Hikes) Act of 2015, the IRS can’t send out refunds or credits for any overpayment made till February 15 whenever you claim ACTC (Additional Child Tax Credit) or EITC (Earned Income Tax Credit) on your 2018 tax return. This provision has been effective from January 1, 2017.

Though it won’t affect the tax return you file this year - 2017, yet it can affect your cash flow negatively, if you’ve planned a budget keeping in mind the early tax return.

Willey, the managing director of CBIZ at MHM, says that “Most small businesses pay their taxes at the individual tax rates.” “While U.S. corporate tax rates are among the highest in the world at 35 percent, the individual wage taxes are even higher in many cases.”

If the corporate tax rates get reduced but the individual rates are not reduced, then the small business owners, who pay business taxes at individual rates, will be affected. They will have to pay disproportionately higher tax in comparison to large businesses.

7 Increase in the limit of healthcare coverage

If you are a self-employed person, then know that the limits on the tax-deferred MSAs (Medical Savings Accounts) have increased.

The maximum deductible limits on a plan are:

8 Changes in the deduction for senior medical expenses

There is a significant tax advantage for the seniors in 2017. If you are opting for itemized deduction, the qualified medical expenses should be more than 10% of your AGI (Adjusted Gross Income).

As per an exception to this rule, the seniors are able to claim deduction of medical expenses more than 7.5% of income. But, this exception will be there till 2016 tax year; after that, the seniors won’t get this advantage.

9 Reduction in the federal tax liability

In general, an average taxpayer will have to pay comparatively less federal income tax, though there are exceptions.

For example, parents of large families, who used to claim tax deduction for each child, may not enjoy paying less tax.

According to Travis Sollinger, CFP, director of financial planning at Fort Pitt Capital Group (a wealth management firm based at Pittsburgh), “Under the new Trump plan, deductions for each child would be gone.” “The plan eliminates the personal exemption, and increases the standard deduction for all taxpayers. This proposal is likely something that wouldn’t happen until further down the road, though.”

So, keep these things in mind when you calculate your tax return in 2018, and from now, plan your budget accordingly so that you can manage your personal finances the way you want to. Proper planning can help you attain short and long term financial goals with ease.