By: tiarajoseph11
on 29th Feb,2016
Check out the most attractive tax deduction options you can get being an AMERICAN. 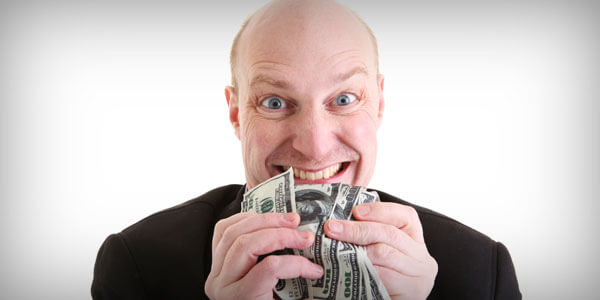 Only one-third of the total taxpayers claims itemized deduction on their tax returns. According to the available IRS figures, the rest of the mass normally chooses the simple standard deduction. Those facts reveal that approximately 46 million taxpayers opt for itemized deduction statements every year. It means, there are some important key deductions which most of the US citizens do trust more than any other available tax breaks. Let's have a quick glance at the top five most popular tax deductions and check if you can qualify for them.

Let’s have a quick look at those criteria and deduction:

As per the report of 2012, itemized deductions for the tax preparation fees were claimed by 21.7 million taxpayers. Totally up to $7.2 billion claims were made by the taxpayers and the average amount was nearly $330 per taxpayer.

You need to remember that you have limited power to deduct the tax preparation fees and other various deductions. You can’t deduct a single penny if the deductions aren’t more than 2% of the adjusted gross income. If the adjusted gross income amount is greater than the estimated 2% deduction, then you can deduct the difference or excess over that 2% amount. So, despite its features and popularity, people somehow find themselves not being worthy to take advantage of this deduction.

2. Interest on a home mortgage

The Americans are popular for their contribution in charity. So, as per the statistics of 2012, more than 37.3 million citizens deducted approximately $200 billion towards charity. 90% of the taxpayers have listed their cash donation and claimed charitable deductions. 60% taxpayers made charities by giving gifts or things like clothes or vehicles.

Almost 25% of the total donation value (charitable gifts) is made of cash and checks, but there are still substantial non-cash gifts, which are duly deposited as charitable donations. Many non-profit organizations also counted the tax deductions for charitable givings. For this reason, it’s a popular way of tax breaks for common taxpayers as well.

Citizens can apply for the deduction of the real estate property taxes on any of their properties. It can be applied to a normal property, or a vacation house, or a rental property. You need to understand that the amount you’ll pay in any given year will be the amount of tax deduction. So in some cases, you can boost your tax deduction by paying taxes before the due date. Naturally, it’ll boost your complete overall write-offs permanently.

State/local income and sales taxes are the most frequently taken deductions which are claimed by 95% of the total taxpayers (approx 43.9 million). The total value of the deduction is nearly $300 billion.

Read on: Use tax refund money smartly to improve your financial situation

From our history, it's seen that the taxpayers can only try to deduct state and local income taxes. But due to some amendments in state laws, the lawmakers have decided to impose the rule only in sales tax but not on income tax.

Check out: Taxpayers - Which category do you fit into?