The Evolution of the Signature Loan

By: anonymous
on 26th Feb,2014
Forty years ago, small community banks were king. 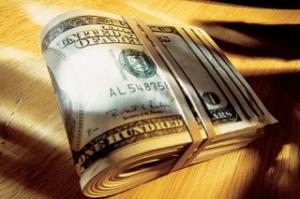 Forty years ago, small community banks were king.  They competed for middle class borrowers alongside a plethora of small finance companies with names like The Associates, Household Finance, Postal Finance and General Finance to name but a few. These names will only be recalled by a few of our readers for they have long since gone the way of the dinosaur, rendered uncompetitive by banking deregulation in the 1980’s and early 1990’s.

This deregulation ushered in the era of “too big to fail banks” as we saw small community banks absorbed by the East and West coast money center giants. For a few brief few years, they served middle class borrowers and small businesses reasonably well because they had also absorbed the staffs of these small community institutions. Gradually, as attrition reduced the ranks of loan officers with a “hometown” paradigm the bank became less focused on the community, particularly middle class borrowers, and pursued other earning asset choices. As traditional outlets serving the unsecured lending needs of borrowers dried-up, big banks filled the vacuum with revolving credit in the form of the ubiquitous Visa and MasterCard, cashing in on consumer credit demand in a major way. The credit-challenged were forced into the jaws of “pay-day” lenders. For borrowers with the savvy to avoid the credit card trap, revolving lines of credit secured by a second mortgage on the borrower’s primary residence began to flourish because the secured line of credit offered significantly lower interest rates.

The subprime mortgage crisis resulted in the wholesale deterioration of home values, wiping out broad swaths of accumulated equity, which many borrowers relied upon for revolving credit lines collateralized by their homes. The general economic collapse that followed is well documented and that brings us to assess the current state of signature lending in its aftermath.

Revolving credit, via the credit card, is the most widely used vehicle for borrowing money on an unsecured basis. Credit card debt in the United States totals a staggering $793.1 billion as reported July, 2012. That is an incredible $15,799 per household average credit card obligation. In a Forbes’s article this past August, TransUnion VP, Ezra Becker, was quoted as follows, “The national credit card delinquency rate continues to remain at the lowest levels we’ve observed in 18 years. These low delinquency rates reflect both continued conservatism in lender underwriting and the ongoing prioritization of card payments among consumers.”

In my opinion, these record low delinquency levels are a result of a keen awareness by consumers that few other options are available to meet their borrowing needs on an unsecured basis. In short, they feel compelled to pay and preserve their ability to borrow. This fact is not lost on the bankers who reap the benefits of this monopoly in the form of huge spreads between the bank’s cost of funds and the rates they charge consumers.

Down but Not Out

In view of what we have discussed, you may have reached the conclusion that the old-fashioned signature installment loan has been allocated to the dustbin of history… not so fast! A new game is afoot! Widely known as peer-to-peer lending, it offers opportunities for ordinary investors and borrowers alike. Peer-to-peer lending surfaced in Europe about a decade ago and China has more than two thousand peer-to-peer lending sites. The peer-to-peer lending concept has now taken root in the fertile market of the United States and some suggest that it poses a credible threat to the stranglehold big banks have placed on consumers and small business.

Small Business Is Under Siege

It has become increasingly difficult for small business to borrow and many of the reasons for that scenario are made evident in the earlier paragraphs. Economic uncertainty is the bane of business and many uncertainties exist in the current economic climate in the United States. From the impact of the Patient Protection and Affordable Care Act to the volatility of markets and the direction of taxation, small business seems unable to gain any traction. There is no positive impact from the Federal Reserve’s quantitative easing for Main Street ... only for Wall Street.

Small business has fewer and fewer options available to resolve cash shortfalls, but a few have sought relief through accounts receivable factoring. This allows a small business to convert all or part of its receivables into ready cash. Although not widely known, it is by no means a secret and I suspect that more small businesses will be turning to this resource in the future.

It is a wonderfully simple device for meeting the cash needs of a company without adding debt to the balance sheet.

Consumer credit and credit for small businesses have closely paralleled one another for several decades. In the past, it was the result of the neighborhood bank’s management structure. Small business loans were generally the purview of the installment or consumer lending departments. The mindset of these department heads tended to follow consumer guidelines and trends. Today, only a few neighborhood banks exist, most having been gobbled up by the money center banks we mentioned earlier. These giants can’t be bothered with small loans that barely generate enough revenue to offset the cost of booking them.

If You Are a Small Business Owner

If you are fortunate and have a vibrant neighborhood bank, guard that relationship. If not, then consider some of the borrowing alternatives suggested here, particularly peer to peer lending and accounts receivable factoring—and factoring won’t leave your business in debt.