Cities where women employees can get best pay and become wealthy

By: Good Nelly
on 23rd Aug,2013
Perhaps, your employer is not the one who should be cursed for your low wage. 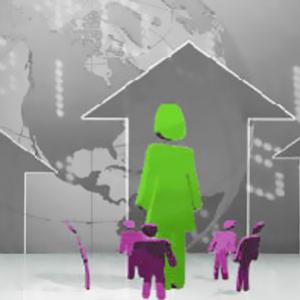 Are you sad and dejected to see that your friends are making a lot of money whereas you're just somehow meeting the family expenses? You're working as hard as your friend yet the employer is paying less. Well, it is easy to get disappointed, but you're perhaps missing out one vital information. Perhaps, your employer is not the one who should be cursed for your low wage. The reason why you earning less is perhaps because of the city where you live in.


It is a well known fact that there is a gap between the pay scale of men and women, irrespective of the designation. Moreover, it has been found out in a recent survey that location also has an impact on the pay scale. In fact, women whose wages are somewhere between 70 and 80 cents for every dollar receive by men, are specially affected by the location factor.

Gender parity and location – these are the 2 factors that have an impact on how much women make in their work life. Although John. F. Kennedy's Equal Pay Act came into existence way back in 1963, yet the gender wage gap still prevails in almost all the cities of the country. In some cities, the gap is wide whereas in other states the gap is narrow. Check out the lists of 5 states with the biggest and smallest gaps in the pay scale.

2.Louisiana - Women get 69 cents whereas men earn $1 for the same work

4.West Virginia - Women get 70 cents whereas men earn $1 for the same work

5.North Dakota - Women get 73 cents whereas men earn $1 for the same work

2.Maryland - Women get 86 cents whereas men earn $1 for the same work

3.Nevada - Women get 85 cents whereas men earn $1 for the same work

4.California - Women get 85 cents whereas men earn $1 for the same work

5.Rhode Island – Women get 85 cents whereas men earn $1 for the same work


In spite of the stale condition of the economy, there are some cities where women do earn a lot of money. Check out the 4 cities wherein women get the best pay.


1. San Jose – Most of the industries in this city cater to education, medical care, professional, technical services. Most of the people are working for the private institutions only. An important reason why women have a chance to make a lot of money is because almost 43.7 percent of them possess bachelor's degree in business, arts, management and science instead of the normal service jobs. In the year 2010, women earned overall $67,052.


3. Washington D.C – This is undoubtedly a good paying city for the women employees. On an average, women earn $64,779 every year. One-third of the city's population work for the governmental organizations. The best part of working at the government organizations is the fact that the pay scale is really good. Other benefits include smaller wage gaps and efficiently-managed jobs. â¨â¨Women are highly qualified. Around 45.5 percent do possess a bachelor's degree. In today's job market, companies need well-qualified employees. Women understand this fact very well. This is why women are trying their best to be well-equipped for the good job positions. â¨

4. Seattle – This city has some large corporations such as Starbucks and Microsoft. Women earn on an average $53,039 every year. On the other hand, women in Minneapolis earn $52,243. The city boasts of having some of the very good colleges and corporations. Women are taking full advantage of these facilities to boost their career.


The pay scale of women are really bad in the cities wherein there is a high demand for less skilled labor. Some of the cities where women get low wage are Ohio, Texas, Utah, etc.